ANGER: THE DAM AND THE DOORWAY 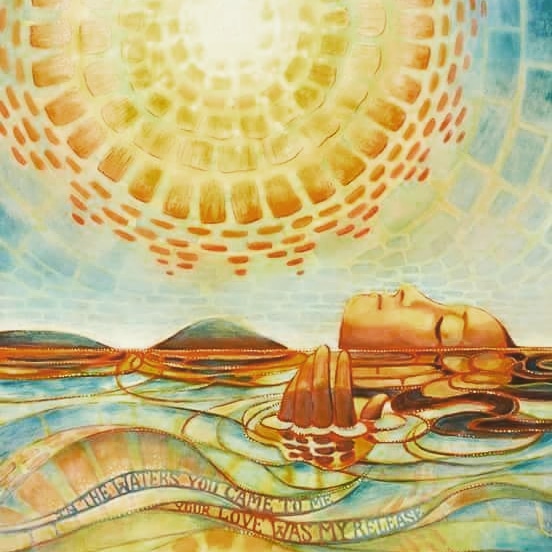 Today we will be seeing the energy of Anger through a new lens.

Anger is our “calling for backup”, bringing extra resources to empower us for a situation.

Anger is a necessary (and often the most challenging) stage of the grieving process.

But before we begin I must first say:
I am so sorry you were hurt. Your childhood was painful. Your life has been a trial by fire.
This brings me such deep sadness.
At the same time, I am so grateful for your incredible strength. Your willingness to persevere. This willpower is nothing short of a miracle. I’m sure you have surprised yourself at times, with what you are capable of. Because your Will is made if the same stuff as the Will of the planet. You are a qualfied representative of Earth herself.

I hear so much about people not knowing how to handle their anger. It destroys relationships, self-trust, and creates wounded children.

And at the same time, your anger is justified. Your anger is literally the Earth protecting herself.

Anger is the arising of power in the consciousness. In response to a boundary. It can be a boundary which was crossed, or a boundary which is expected or perceived to be crossed. Anger is an excuse to be powerful when the personality structure normally rejects that particular aspect and depth of power. It is the will of God arriving to help you.

Anger is also an indicator of a failed dam, a power protection mechanism. Because the sense of self limits power and anger is the dam breaking through. Someone who gets angry often is generally closer to reality than the person who shuts down their anger and disallows the floodgates to ever burst.

I recently wrote “anger is the orgasm you’ve been looking for”. I’ll expand further on this now.

The feminine orgasm specifically (which is readily available to men as well) is a turning inside out of sense of the self inside of power. Thus, the feminine orgssm is the most direct way in which power can typically be funneled into a nervous system.

It is a crucial but often a scary task to surgically reunite the fractured aspects of self, anger and default consciousness. To reinterpret the sensation of anger as a flood of God’s backup coming for help. This is because the presence of anger always depends in the presence of shame. When the shame is dissolved, power becomes orgasmic.

Shame is anger directed at ourselves. It is God’s reinforcements being misused and misdirected. The dam turns out to be made of Pure Gold.

Shame is so incredibly painful. It is also known as “interpersonal disconnection”. This is the cause of power blindness and has resulted in virtually every problem known to humankind.

By experiencing the sadness caused by the self-abuse of shame, we can once again see anger as the divine neutral power it actually is.
Shutting down anger literally creates toxicity which must be purged. Breathing brings in oxygen and helps the fire burn as it needs to.

The energetic movement known as Forgiveness is releasing the dams of negative shame.

Channeling the reclaimed power from anger, with clarity, can create wondrous and seemingly impossible outcomes. We are so ridiculously powerful , and hardly anyone realizes the extent to what we can do.

Shame keeps us in the addiction to the realm of scarcity: time, need, and fear.

Beyond this, we are superconscious wizard warrior synchonicity based plasma beings.

The bridge is revealing itself.

Happy to answer any questions, feel free to share.

Will be writing more about addiction shortly 💞👌🎶

Using Quantum Theater story technology, we help you to use your stories to encourage healing at the the depths of the subconscious mind.